The Red Scare: A Filmography

The films produced in Hollywood before, during and after the Cold War Red Scare make for an interesting study in the response of a popular medium caught in a political firestorm. The following list is a selective filmography of motion pictures that played a role in fueling the Red Scare, in propagandizing the threat of Communism and in a few rare and rather veiled cases, in standing up to the charges of the House Committee on Un-American Activities. As the frightening fifties receded in memory and the political temperment gradually changed with the passing decades, Hollywood found more courage in facing up to the culpability of the film industry itself and its role in supporting gross violations of civil liberties. Several feature films and a number of documentaries exploring this painful issue round out the list below.

HUAC interrogated many film industry people. In the end, countless careers were destroyed but only ten individuals actually went to jail. This group came to be known as "The Hollywood Ten." Alvah Bessie, Herbert J. Biberman, Lester Cole, Edward Dmytryk, Ring Lardner Jr., John Howard Lawson, Albert Maltz, Samuel Ornitz, Adrian Scott, and Dalton Trumbo paid a huge price at the hands of HUAC. An exhaustive analysis of their films, published in 1972 by Dorothy B. Jones (who had served as chief of the film reviewing and analysis section of the U.S. Office of War Information during World War II), indicated that "none of the 159 films credited over a period of years (1929-1949) to The Hollywood Ten contained Communist propaganda." (Cogley, p.226)

Today, the Blacklist Credit Committee is working with the Writers Guild of America and the Academy of Motion Picture Arts and Sciences to restore the credits and records of scores of film industry personnel who, along with The Hollywood Ten, were denied employment, forced to write behind the names of "fronts," or utilized pseudonyms because of suspected communist ties.

Films that can be interpreted as reaction against -- of one sort or another -- to HUAC activities:

This genre provided a convincing disguise for a variety of political viewpoints.

By the 1960's, Hollywood grows bolder in its portrayal of Cold War espionage and bureaucratic hypocrisy. The federal government continues to release a few anti-communist "education" films, but the tide has inexorably turned.

Films that may have "implicated" Hollywood and/or the Hollywood Ten

In this category can be found films that portrayed socialist ideas or the working classes in a positive light, that showed Moscow as a worthy ally in World War II (at the behest of the wartime U.S. government), that revealed antisemiticism, or that simply cast capitalists as villains.

This category delineates the first Red Scare era in American filmmaking, which began in 1919. 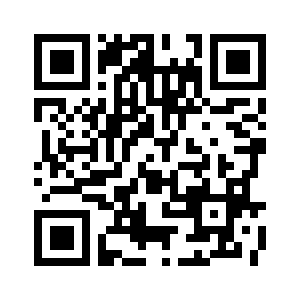